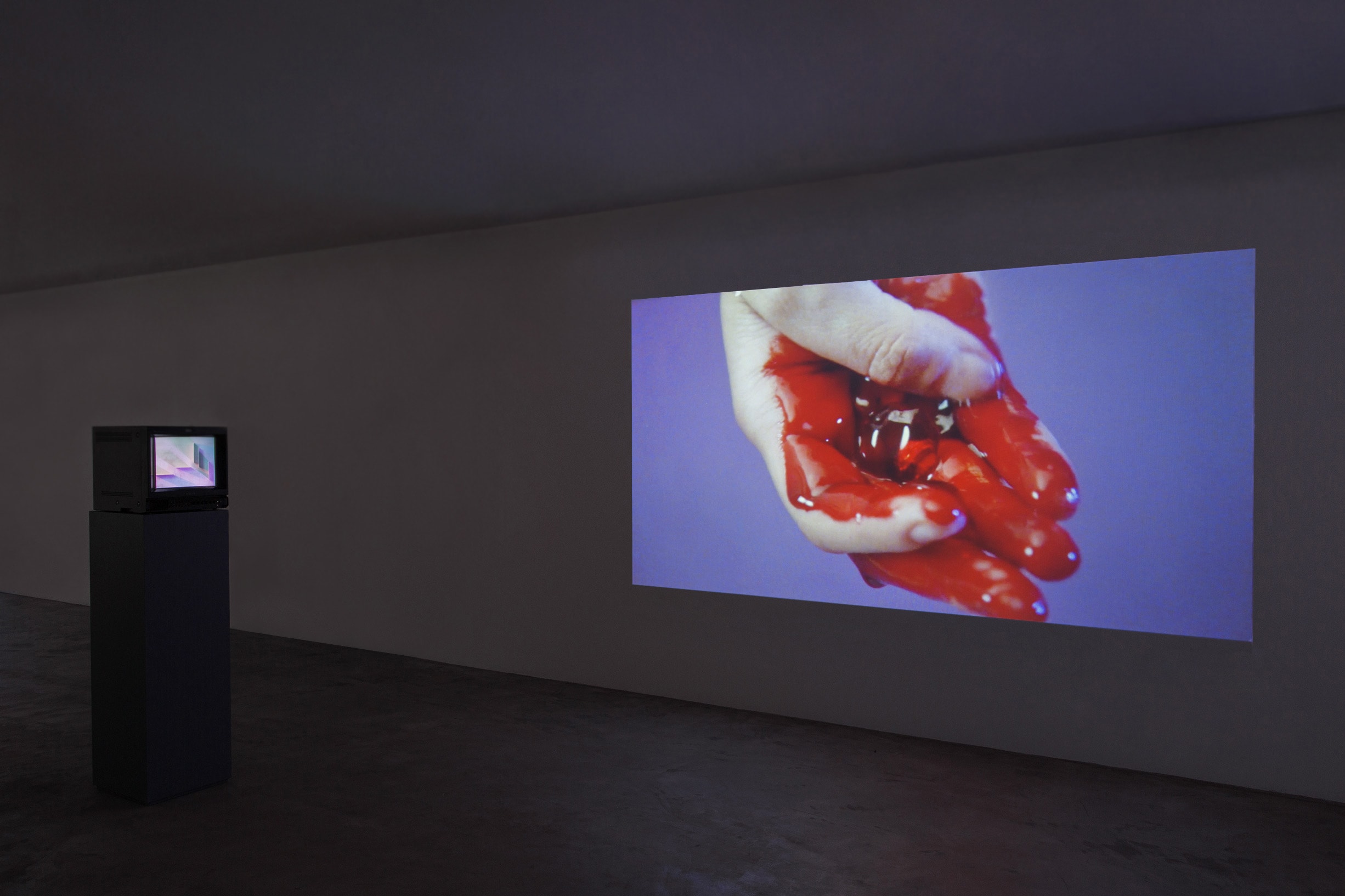 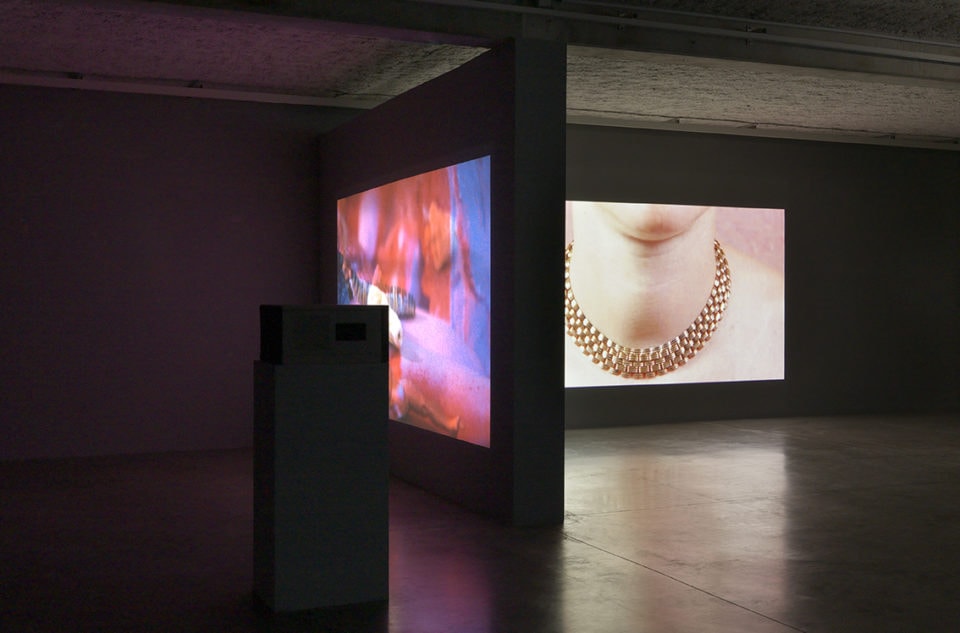 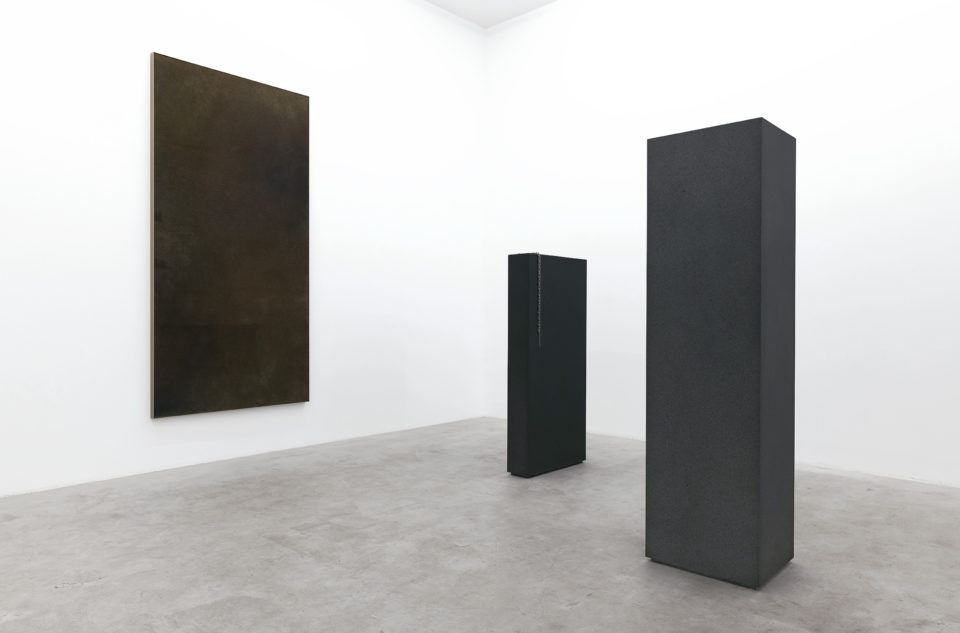 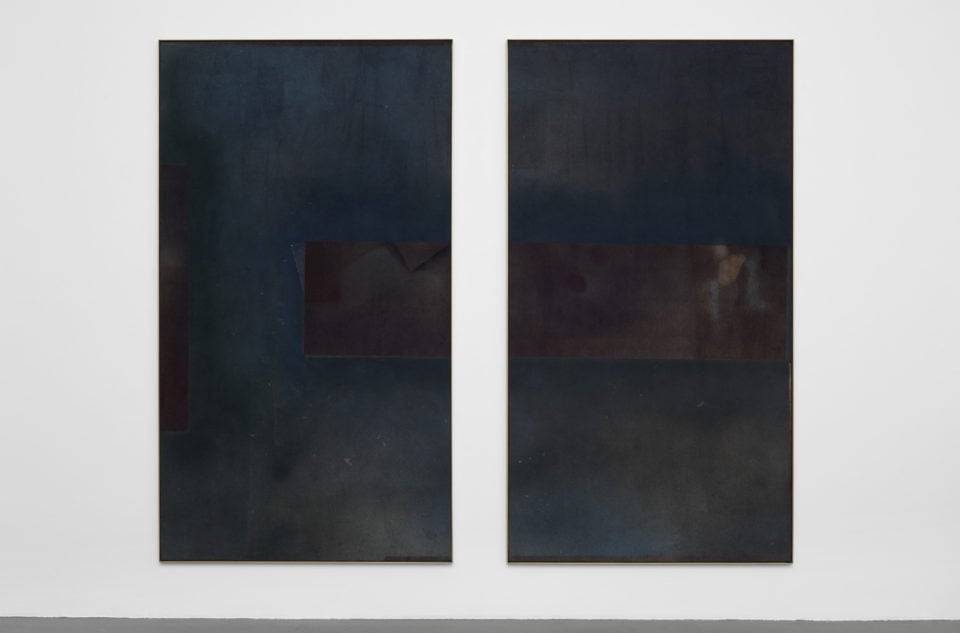 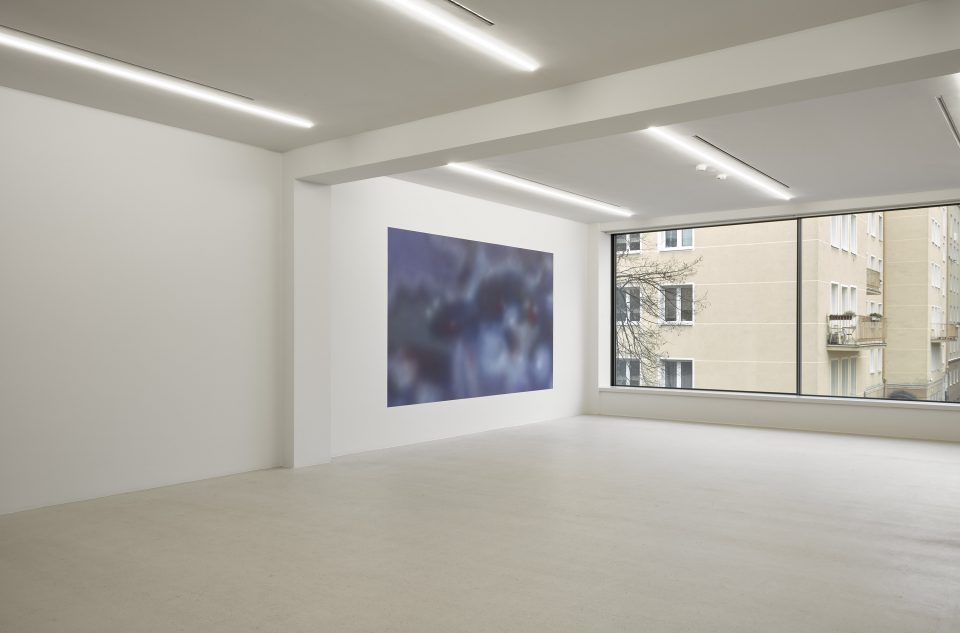 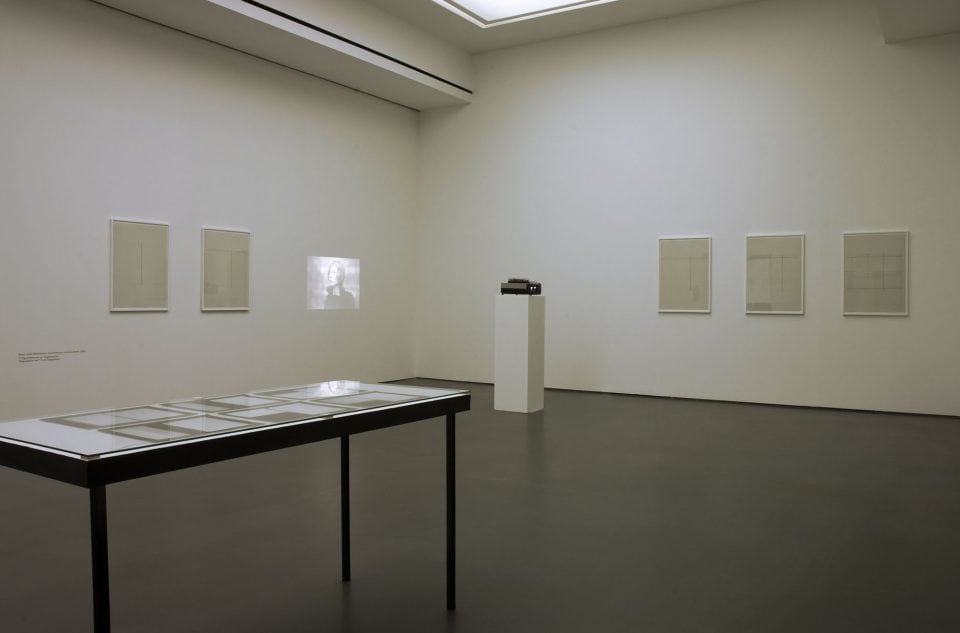 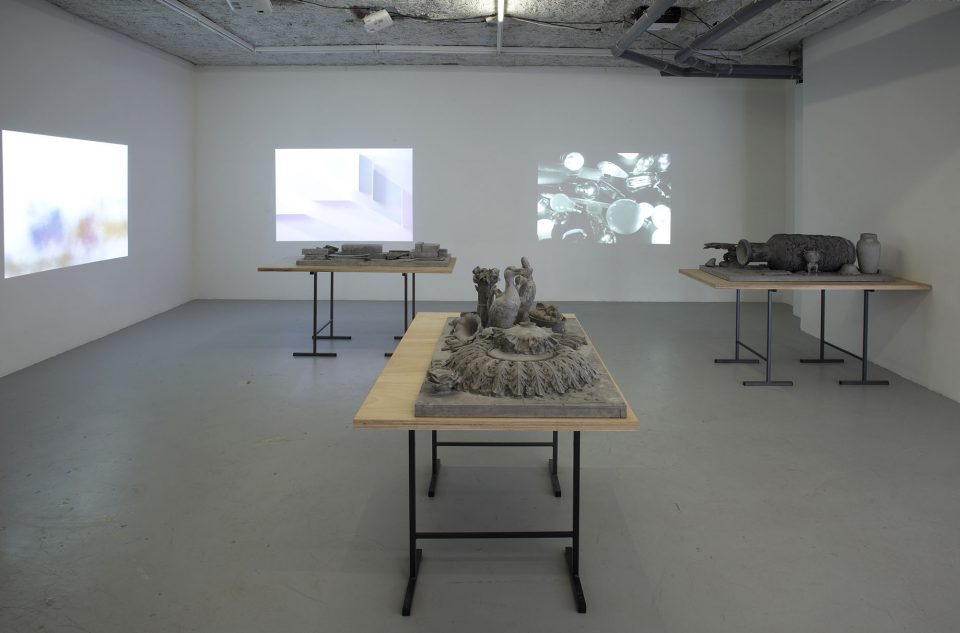 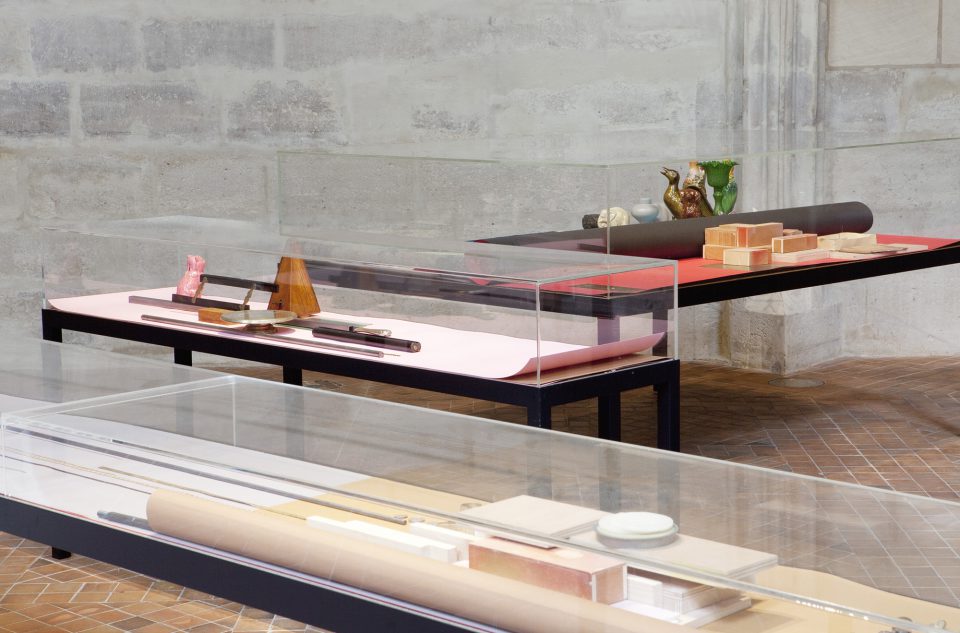 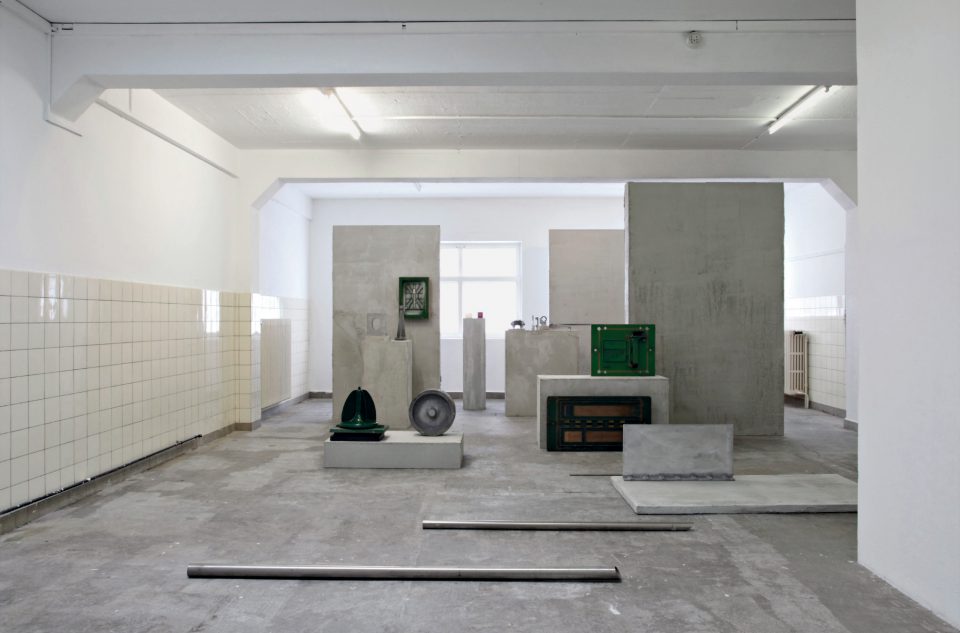 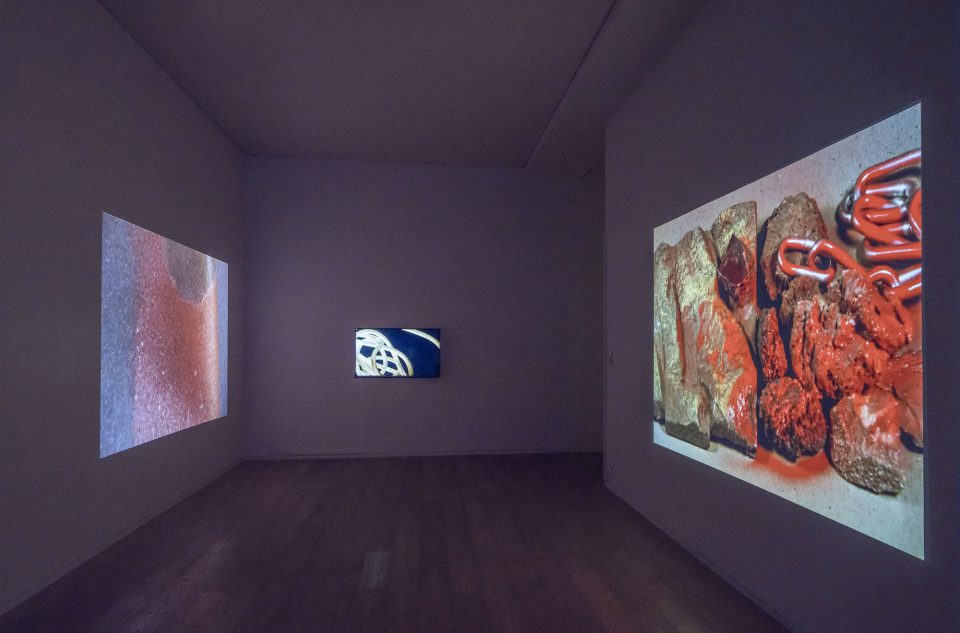 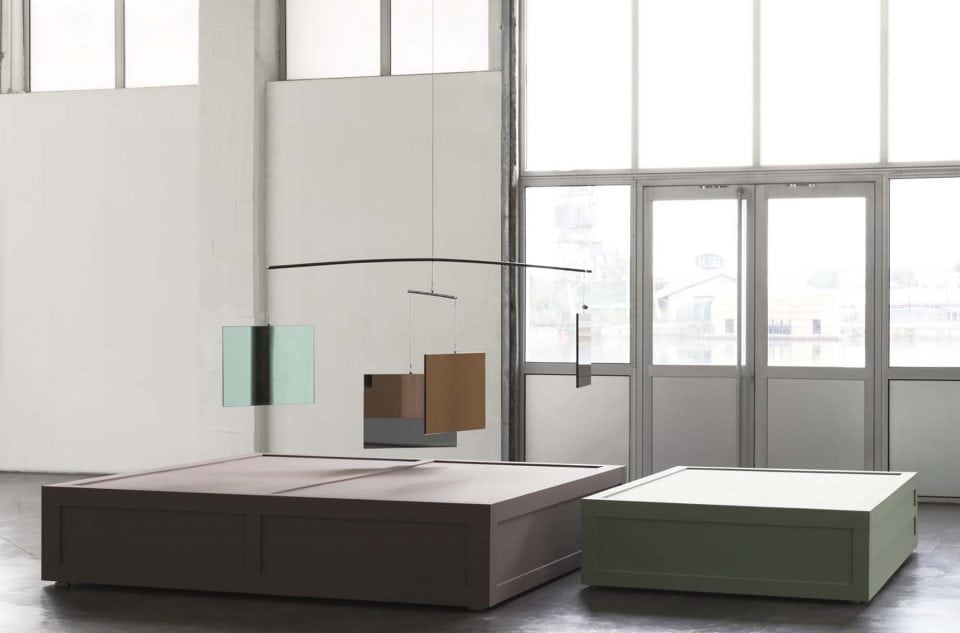 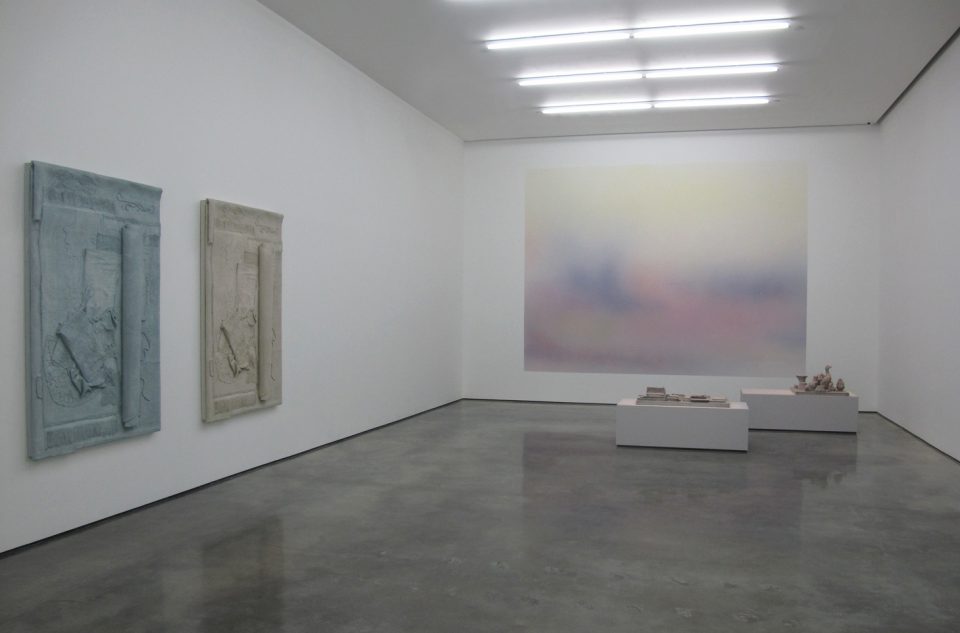 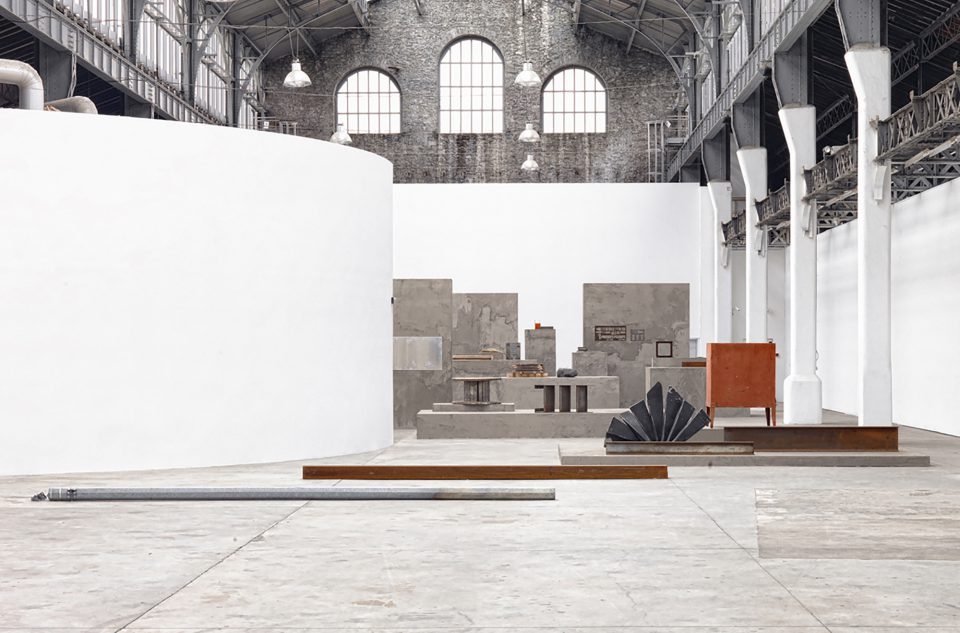 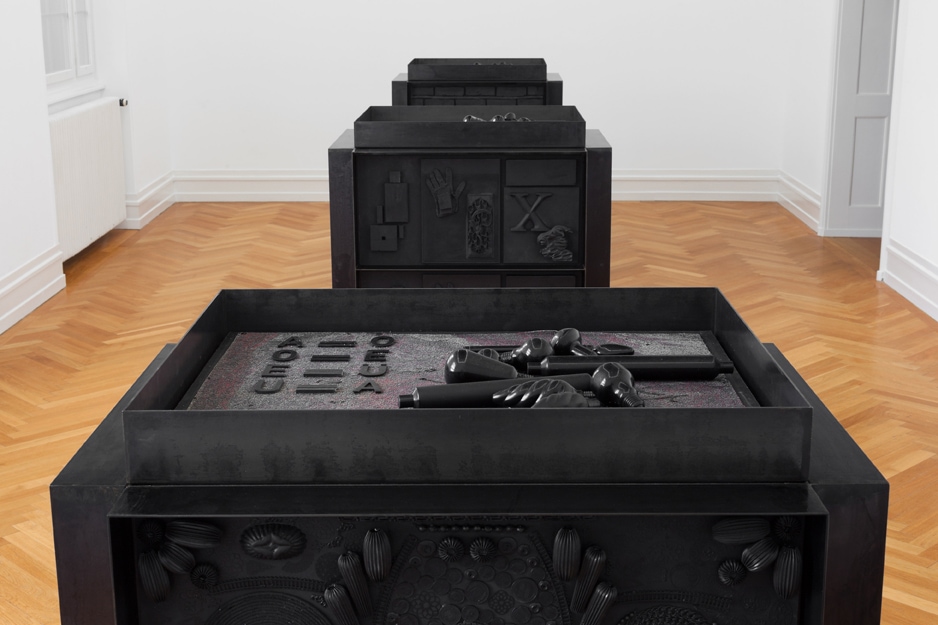 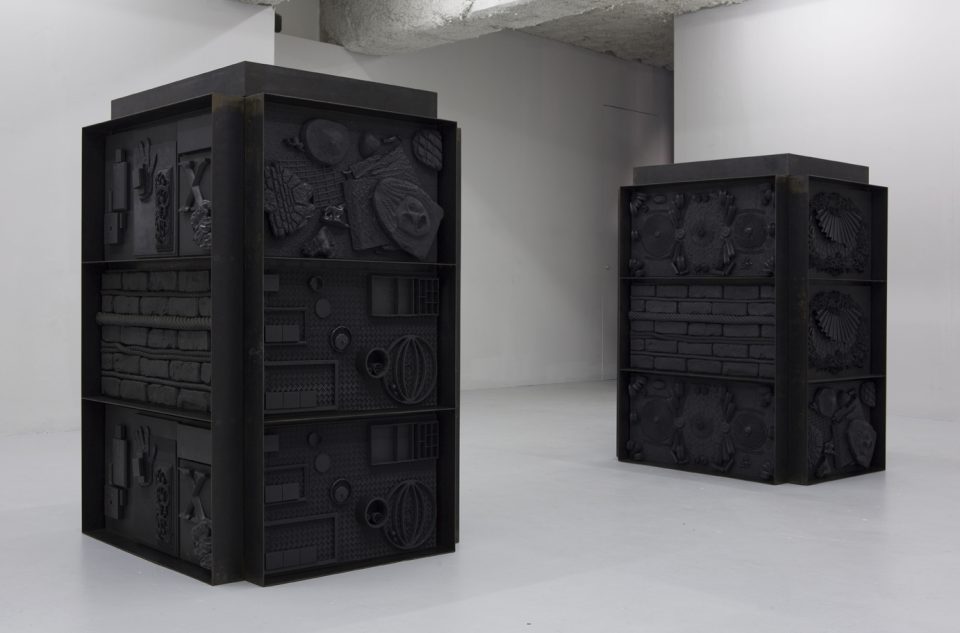 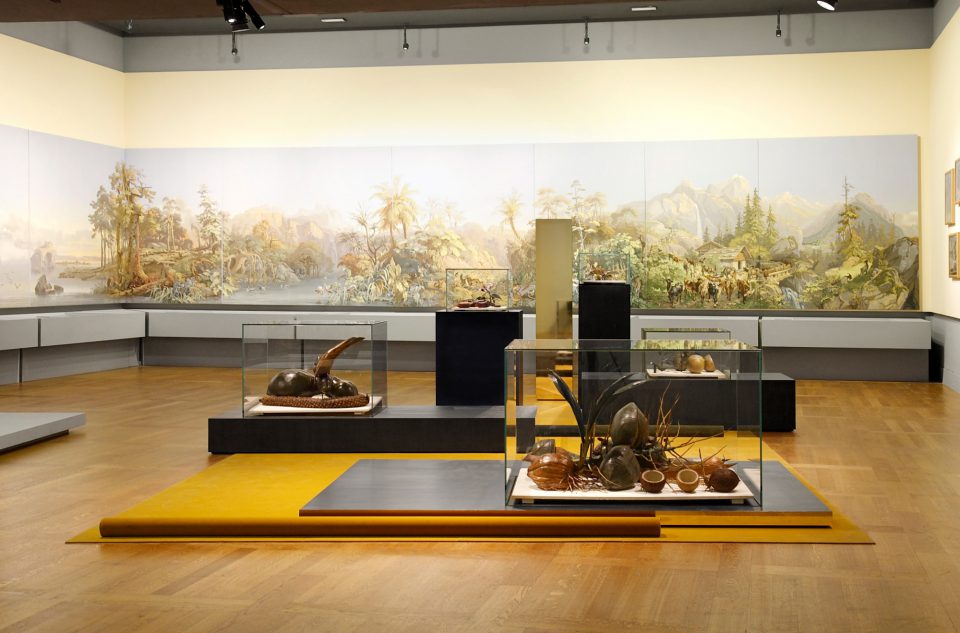 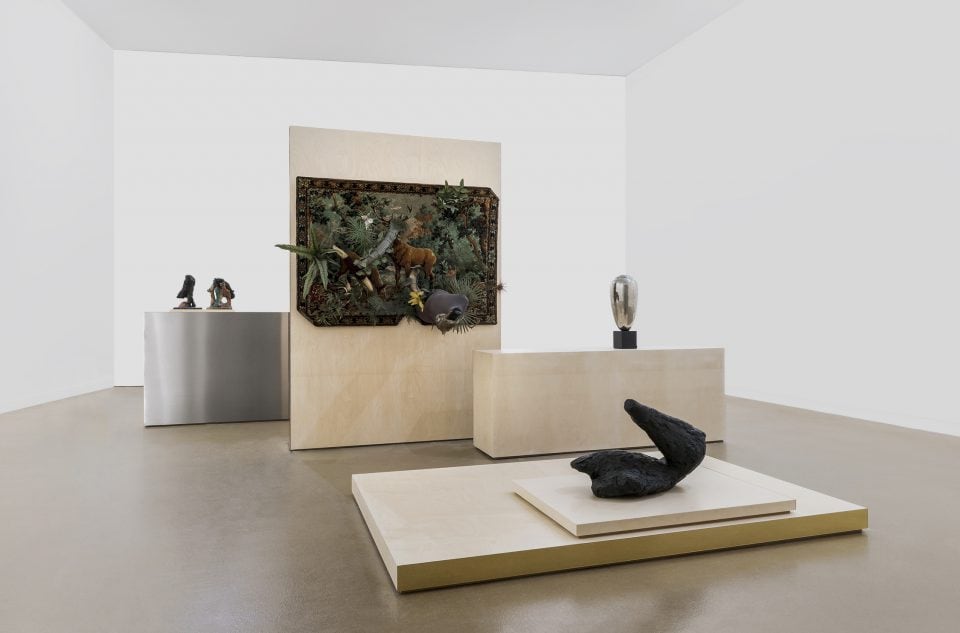 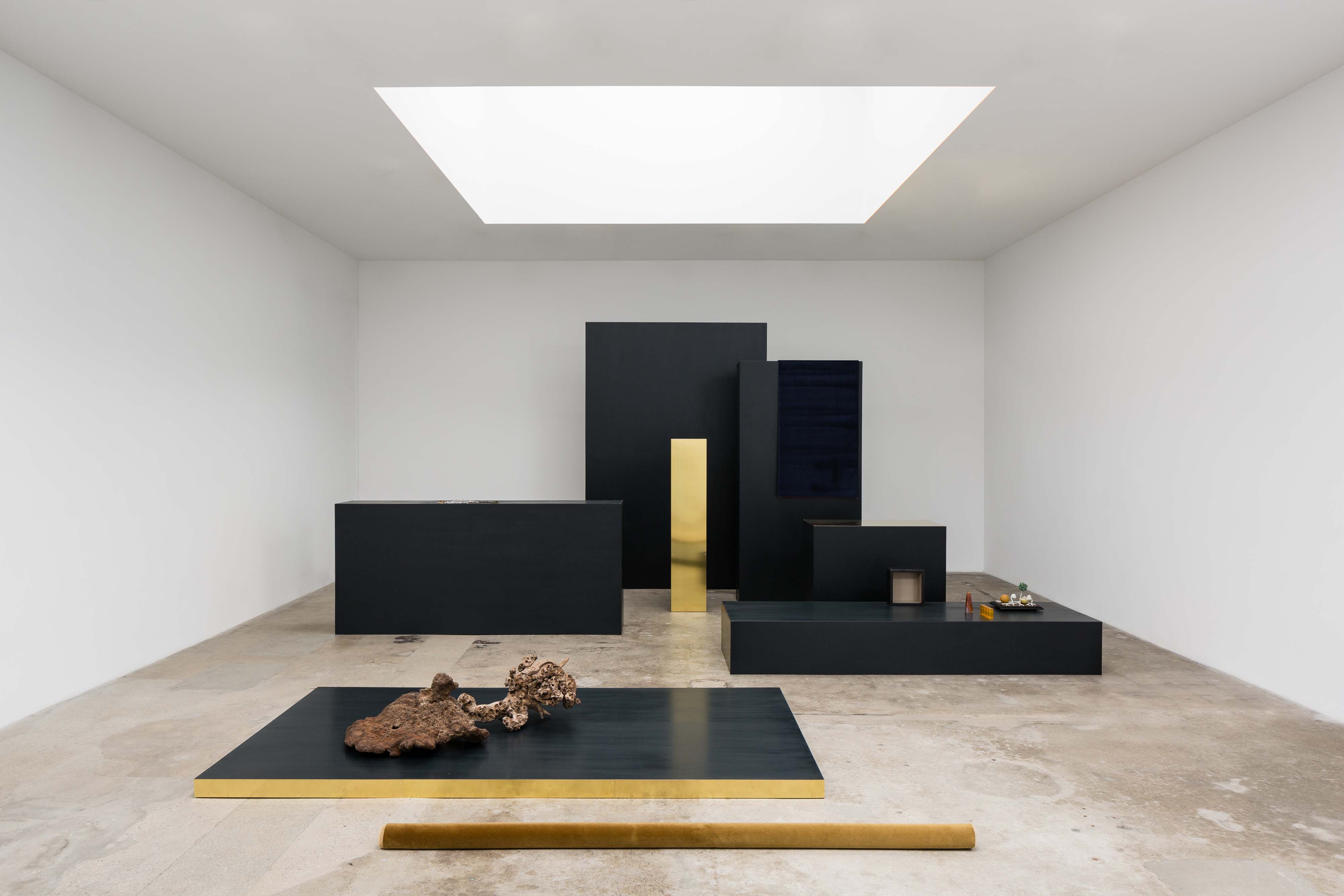 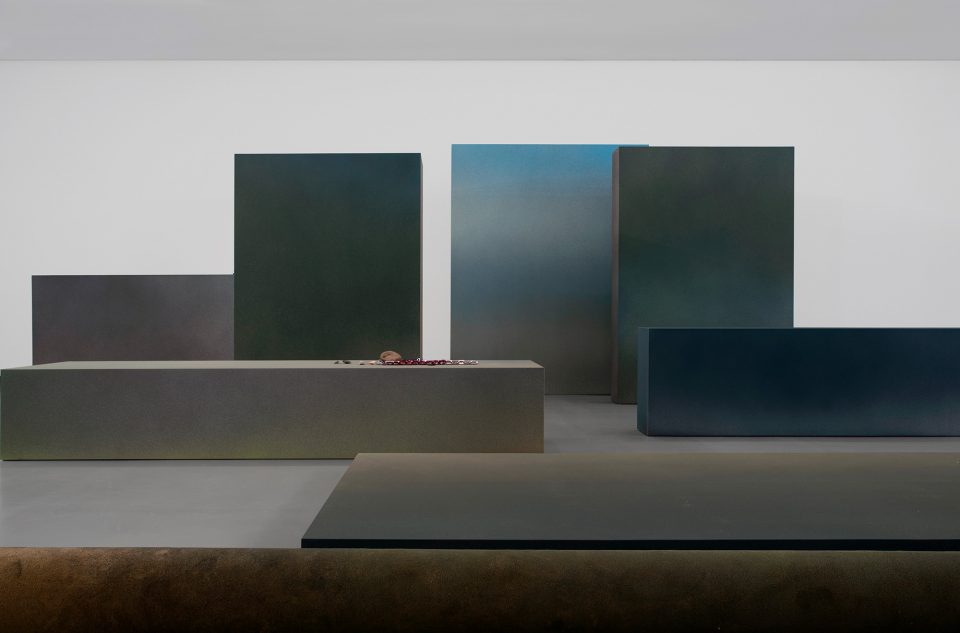 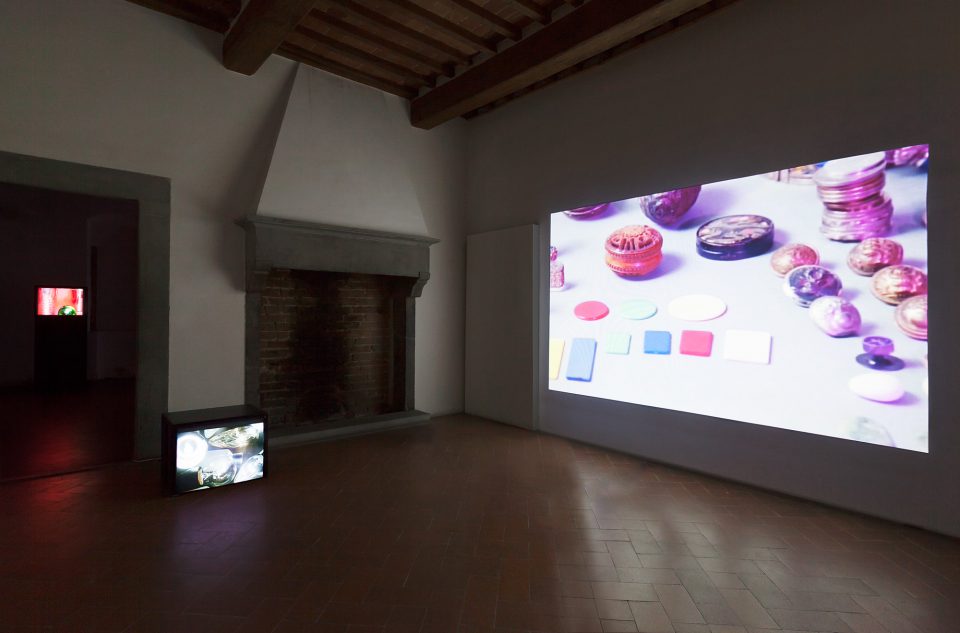 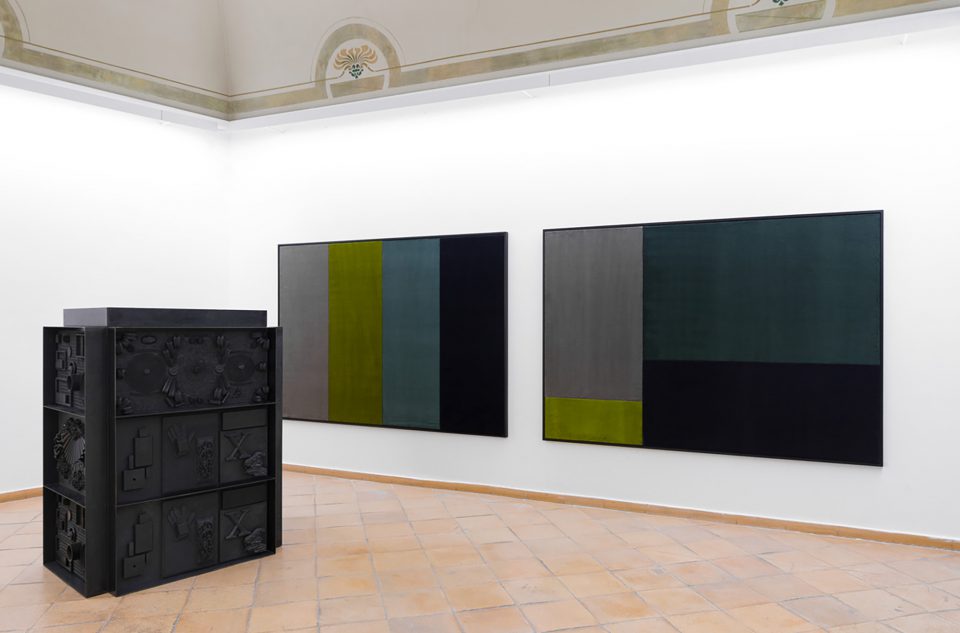 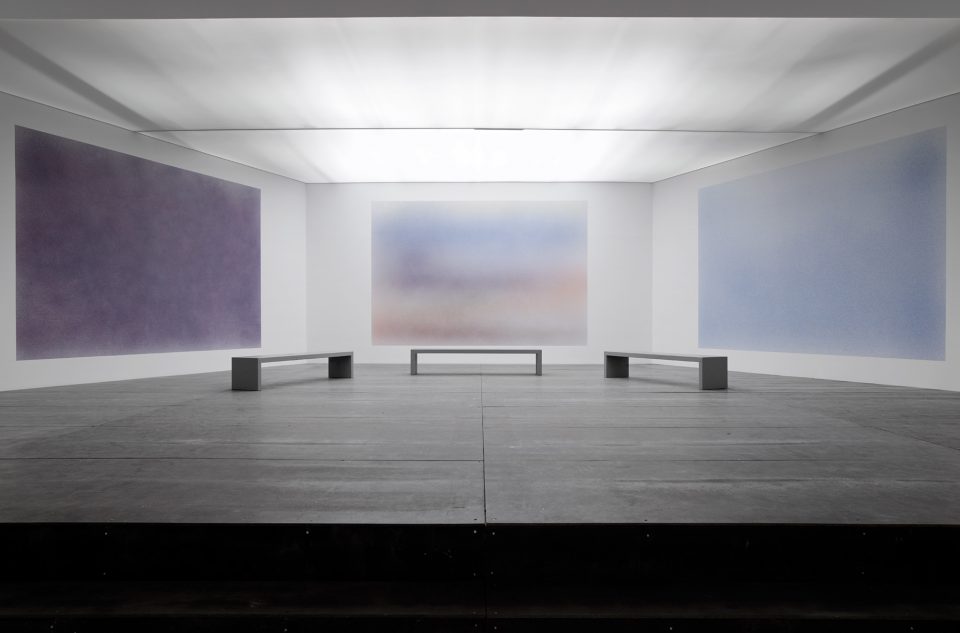 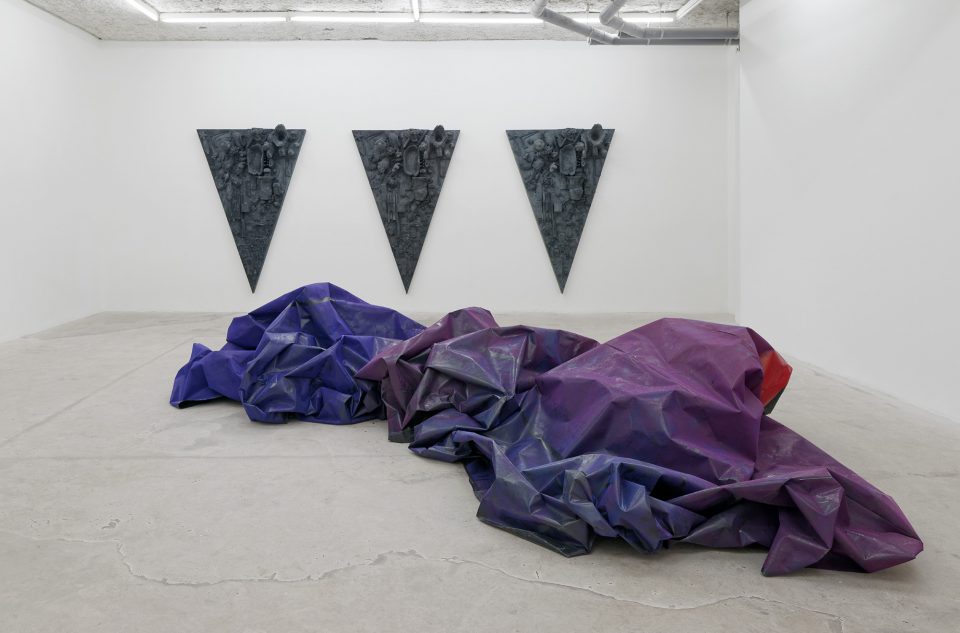 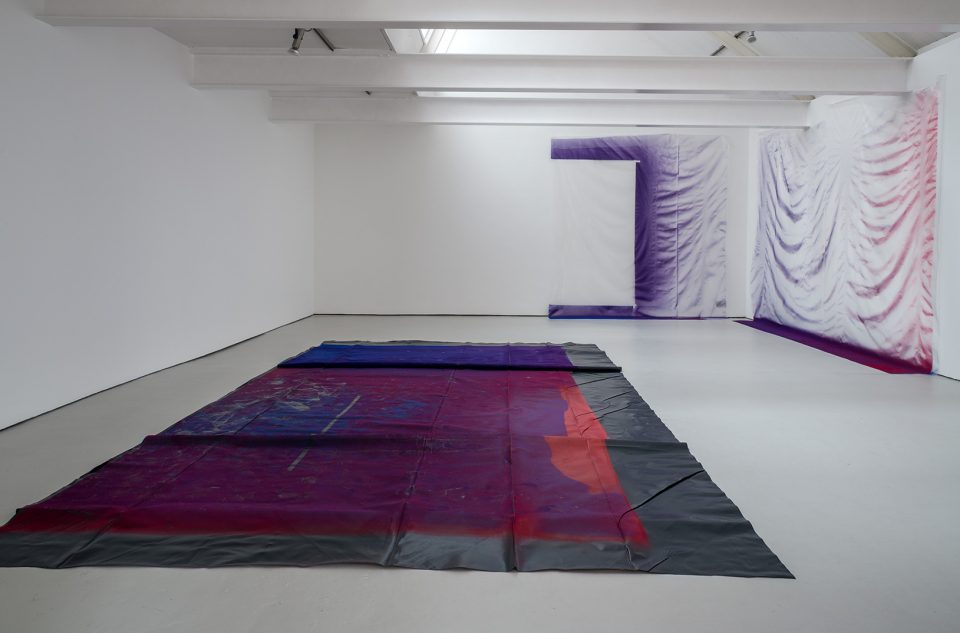 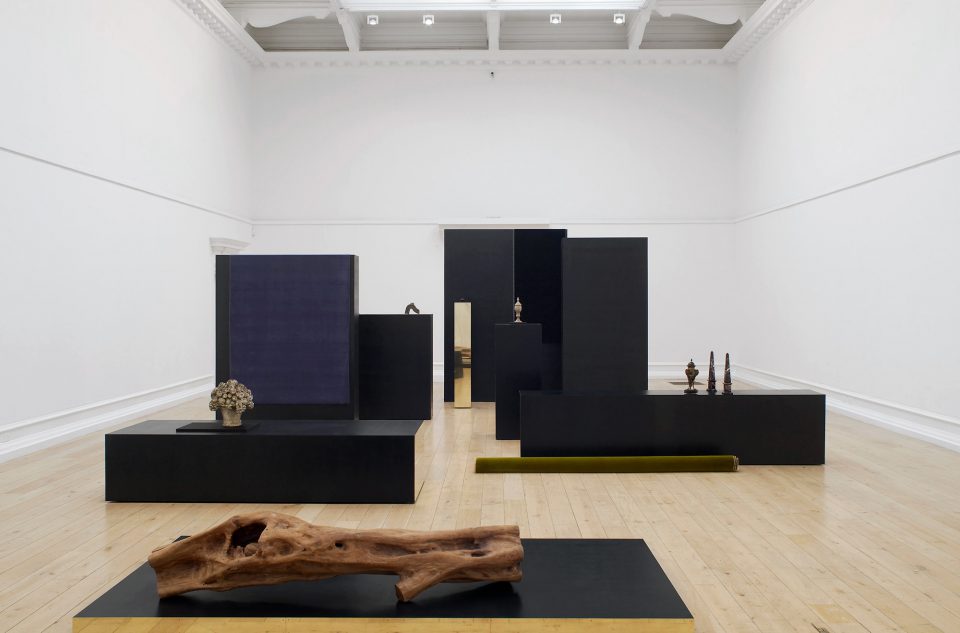 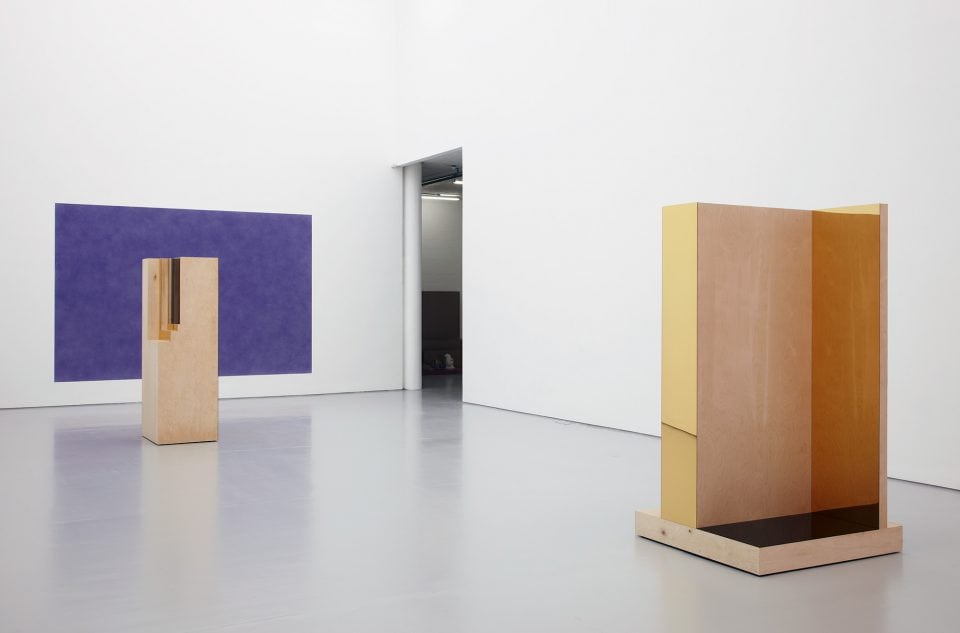 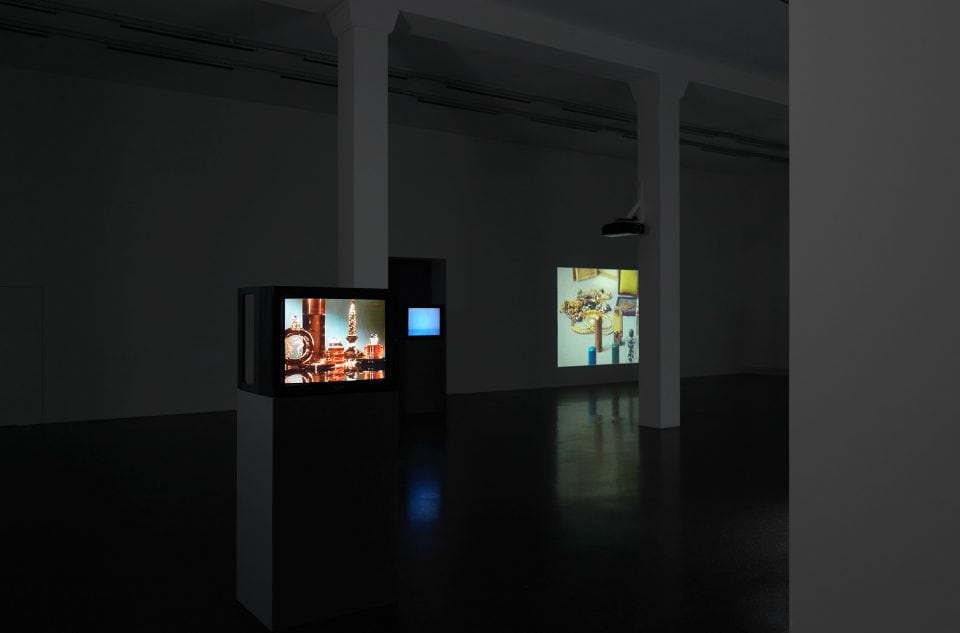 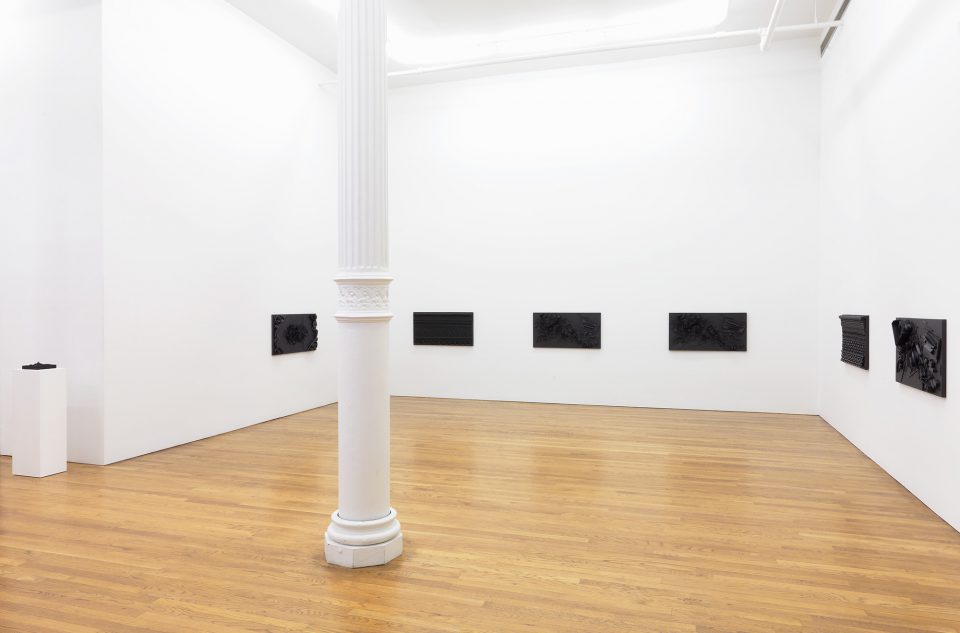 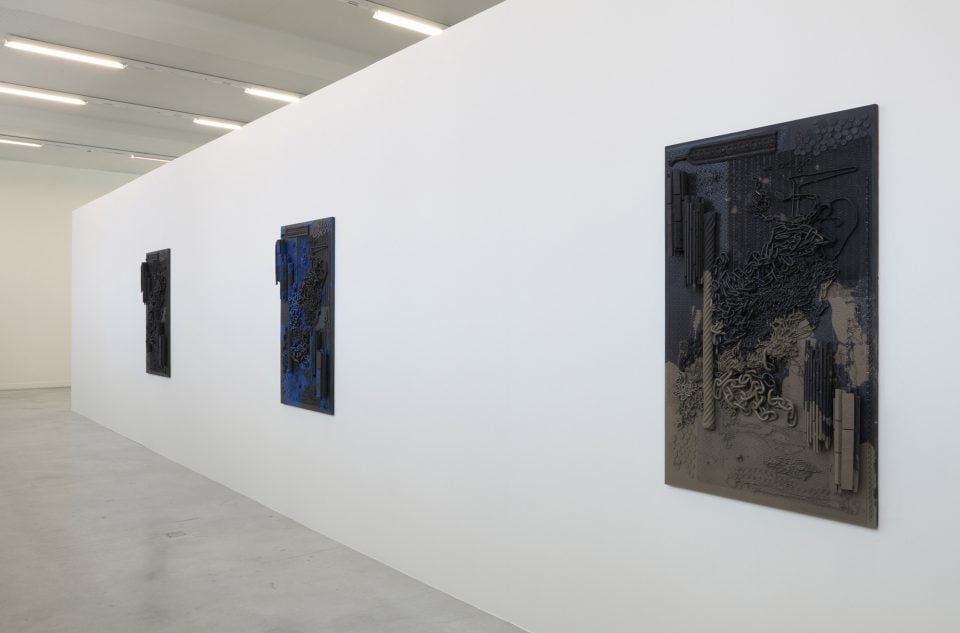 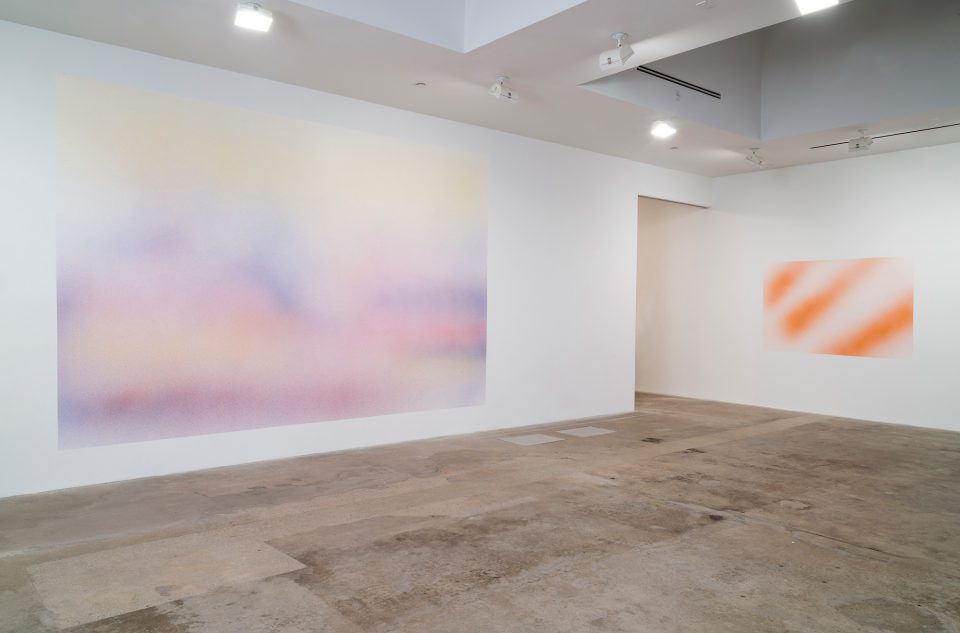 The exhibition is composed of an assembly of films, displayed in the exhibition rooms of the gallery next to a selection of sculptures, showcased in the two small spaces on the top floors, which were up until now closed to the public. The selection of films (generated for a screening together with Jonathan Pouthier at the Centre Georges Pompidou, Paris) is here on view as a spatial installation and invites to discover two of the three recent films by Isabelle Cornaro (Amplification, Choses and Métronomie, all 2014) and one earlier film (Figures, 2011) amongst works by cineasts and artists of the American avant-garde of 1940 to 1960. The French-born artist (*1974) chose films that embody both sources as well as extensions of her own interest: They were realized on the margins of the dominating film industry and present various forms ranging from the art work to the advertisement to the documentation of a performance. They construct a fragmented representation of the artists interests on the fetishism of objects, methods of combination, modes of construction and formal image systems, which are all to be re-found in Isabelle Cornaro’s own films and her sculptures (Orgon Doors, 2014), presented in the upper floors.

In other words, apart of the tension between their aesthetic and cultural value of everyday objects, this show especially investigates the role that color inhabits in Isabelle Cornaro’s work: while animating the objects in her films, it is of modeling and paralyzed character in her sculptures, increasingly shifting from the inside to the outside: from monochrome casts to color splashes as far as to the complete externalization when reluctantly appearing in colored frames.

Stan Vanderbeek, Snapshots of the City
1961, 16mm (digitalized), b/w, sound, 5’
(Light Cone collection, Paris)
Stan Vanderbeek is filming a performance of Claes Oldenburg being tied up in ribbons grabbing and throwing various objects on the stage of his Ray Gun Theater.
The syncoped editing transforms his action to drama and his accessories to comfort objects, referring to the theater of Oldenburg making of each form a possible ray gun.

Anonymous, Technicolor for Industrial Films
1949, color, no sound, 8’09
(Prelinger Archives, NYC)
This film, discovered in the archives of the Prelinger collection, is an original advertisement for Technicolor color films. Modeled after early Richard Prince works, the collection of demonstrative images organizes the representation of the world into stereotypical categories. The regrouping of the objects appears as the literal depiction of the fetishism of trading goods.

Jack Smith, Song for Rent
1969, 16 mm, (digitalized), color, sound, 5’
(Light Cone collection, Paris / Gladstone, New York & Brussels)
On an outlined stage a character presents several objects to the viewer, all permeated by subjectivity while simultaneously representing a collective memory. The exaggerated feelings, the soundtrack, the decoration and the outfit of the protagonist all burst their status as objects and transform them into remnants.

Dwinell Grant, Color Sequence
1943, 16mm (digitalized), color, sound, 2’
(Light Cone collection, Paris)
The screen changes from one color into another, generating a pulsation of colors, which can no longer be labeled as abstract. Here, the color plays the role of shifting one’s point of view.

Hollis Frampton, Maxwell’s Demon
1968, 16mm (digitalized), color, sound, 3’30
(Criterion collection, NYC)
The alternation of images borrowed from a physical instruction film of the Canadian army and with sequences of moving colored water evoking at the same time the sensation of a wave and a mathematical construction. The coloring becoming a counterpoint to a body restrained to repetitive exercises.

Francis Lee, 1941
1941, 16mm (digitalized), color, sound, 4’
(Light Cone collection, Paris)
Francis Lee makes a breathtaking transformation starting from a simple studio scene on to the entropy, the destruction (of Pearl Harbour, according to the title) and the state of aggregation. By changing from solid state to fluidity, from total entropy to dynamic condition, he creates an undefined landscape of striping colors and growing forms.